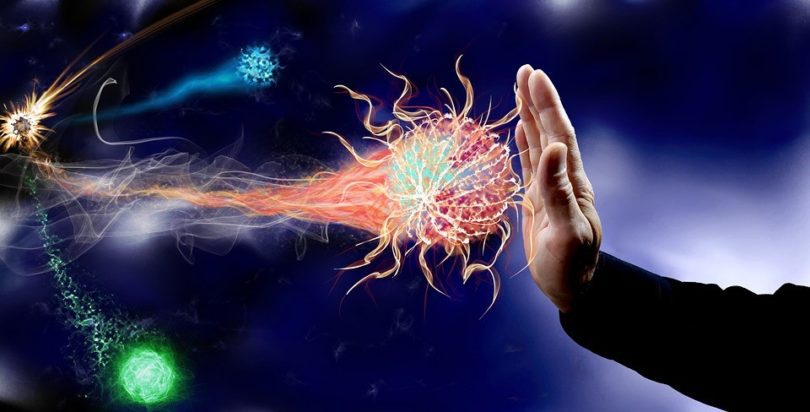 The aim of the present study was to investigate the effect of Finnish sauna bathing on a white blood cell profile, cortisol levels and selected physiological indices in athletes and non-athletes. The study evaluated 9 trained middle-distance runners and 9 male non-athletes. The subjects from both groups participated in 15-minute sauna sessions until their core temperature rose by 1.2°C (mean temperature in the sauna room was 96° ± 2°C; relative humidity was 15 ± 3%)with a 2 minute cool down with water at a temperature of 19-20°C. Body mass was measured before and after the session and blood samples were taken for tests. Rectal temperature was monitored at five-minute intervals during the whole session. Serum total protein, haematological indices and cortisol levels were determined. Sauna bathing causedhigher body mass loss and plasma volume in the athletes compared to the group of non-athletes. After the sauna session, an increased number of white blood cells, lymphocyte, neutrophil and basophil counts was reported in the white blood cell profile. Higher increments in leukocyte and monocyte after the sauna bathing session were recorded in the group of athletes compared to untrained subjects. The obtained results indicated that sauna bathing stimulated the immune system to a higher degree in the group of athletes compared to the untrained subjects.

The following conclusions can be drawn based on the results obtained in the present study:

1. Sauna bathing with a body cool-down causes a significant increase in an overall WBC count only in the group of trained men.

4. Changes in the white blood cell profile suggest a faster mobilization of cells in the first line of immune defence in athletes compared to untrained subjects after a sauna bathing session. Sauna bathing could be recommended for athletes as a means of enhancing immunological defence.